5 Hashtags Every Writer Should Know 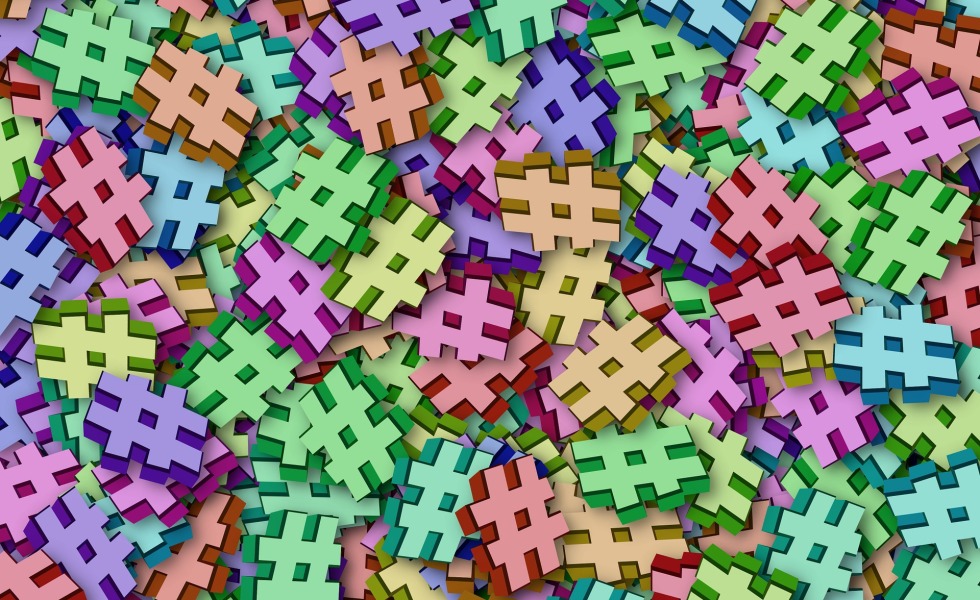 I remember when Twitter was getting started. I avoided it like it had a horrible disease. I especially despised the way #hashtags began to creep into every area of life (I still despise it when people include hashtags at the end of texts, e-mails and in verbal conversation). Somewhere along the line, however, Twitter has become a part of life and hashtags have wormed their way into most mainstream social media. I, myself, now fully embrace the hashtag (#NotInVerbalConversation) and use it to network with relevant people: readers, authors, publishers and so on.

So, today I’m going to give you a brief list of some essential hashtags for fiction writers. It’s certainly not an exhaustive list (there are bazillions out there!) but is, rather, a selection of those hashtags which I find the most useful as a writer.

Writing can be a solitary business. If you want to be part of a supportive community of like-minded people but don’t want to leave the comfort of your desk, you could do a lot worse than searching for the #WritingCommunity hashtag. Writers from all over the world use it to share their progress, ask for advice and generally connect with other writers. Apart from the odd troll, the #WritingCommunity tend to be a pretty decent bunch so don’t be shy. Send us a tweet and introduce yourself!

You might be confident writing stories, but do you know what to do with your story once it’s finished? The world of publishing can be complicated for the uninitiated and a giftedness in the areas of language or story-telling certainly isn’t synonymous with an understanding of the processes or etiquette involved in getting your work edited, represented, published and marketed.

Fortunately, help is at hand. Twitter is full of people who do this stuff for a living. While I wouldn’t recommend DMing or otherwise harassing individual agents, editors or publishers with your questions, you can send a general tweet which includes one of these hashtags (depending on whom you want advice from) and then sit back and wait for the replies to come flooding seeping trickling in.

Looking for juicy nuggets of writing wisdom? Just search #writetip or #writingtip and waste the next few hours of your day sifting through all the gold and dross Twitter’s vast array of users have to offer on how to write a killer story.

This hashtag is especially useful for if you routinely blog writing tips and share the links on Twitter (like I do!), as links to your blog will be included whenever someone searches for the #writetip hashtag.

Not got quite as many followers as you might like? Try taking part in a #writerslift. These are tweets, generally aimed at writers with a specific number of followers or less, which encourage the struggling writer to comment back (usually with some fact about their writing project, or sometimes just a funny gif) to quickly reach a wide audience.

You might occasionally see this strange little hashtag attached to little single-tweet sized microfictions and wonder what the heck it means. Basically, it’s a fun writing exercise which has become very popular, in which writers publish a full story in a single tweet, based on a daily prompt.

To find the daily prompt, just search for the hashtags #VSS365 and #Prompt. It will usually be the first result that appears and is easily identifiable. More on this Twitter trend here.

← Throwback Thursday: 5 Sci-Fi Tropes I Could Live Without
Monday Motivation →

1 Comments on “5 Hashtags Every Writer Should Know”