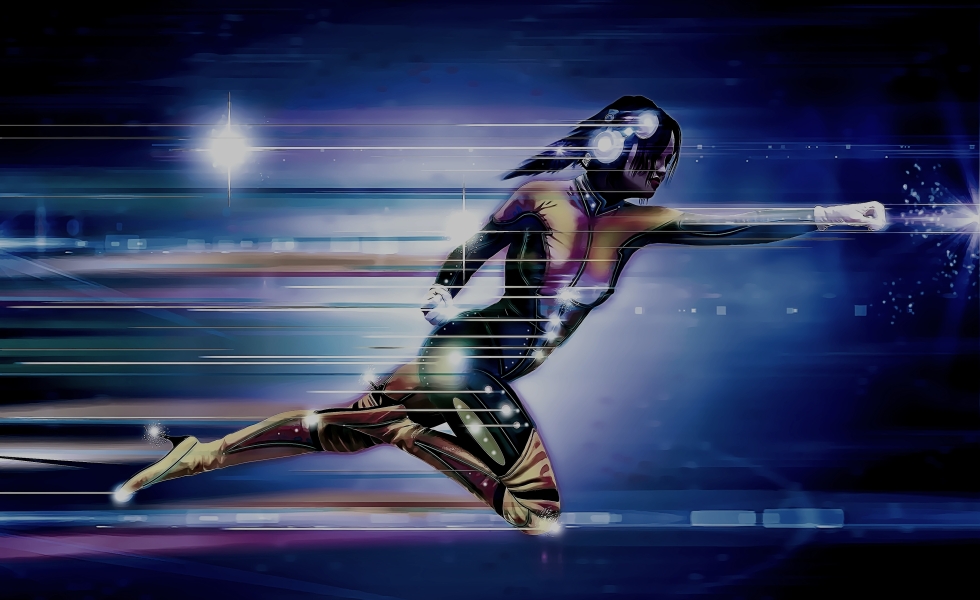 While every effort has been made to avoid spoilers, anyone who has not seen Agatha Christie’s Poirot, Treasure Island (2012), Doctor Who, Sherlock or Supergirl is hereby advised that this post may contain a few unavoidable spoilers.

Well, I know it’s not been all that long since the last edition of Super Snappy Speed Reviews but I’ve spent the last few hours banging my head against the desk trying to think of something to write for today and I’m drawing a blank so I’m afraid you’re getting more speed reviews today- this time focusing on the realm of televised fiction. I’ve picked 5 TV shows entirely at random from my DVD rack Now TV/Lovefilm/etc. accounts and have prepared for your information reviews of up to no more than three or four sentences each.

What I have written about them are my entirely own impressions and opinions, crushed, blended and flattened into a few short sentences. So without further ado…

This adaptation of the adventures of Agatha Christie’s famous Belgian detective aired on ITV from 1989-2013. While some episodes are more loosely based on the original works of Christie than others, they nevertheless bring the jolly charming and, dash it all old bean, sometimes dark world of Poirot to life in a way which is mostly lighthearted and easy to watch. While I prefer to focus on the story-telling rather than acting when reviewing TV shows, I also cannot help but point out how singularly superb a job David Suchet does portraying Hercule Poirot.

This adaptation of Robert Lois Stevenson’s novel, Treasure Island, boasts an all-star cast including Eddie Izzard, Elijah Wood and Donald Sutherland to name but a few. I’m not a particular fan of Eddie Izzard, but I must say I thought he gave a stellar performance as the dastardly (yet somehow likeable) Long John Silver, capturing the complexity of the story’s villain in a way which seemed natural and believable. They have been somewhat liberal with the plot for such a famous novel (some might say too liberal) but if you can live with that, it’s still an enjoyable enough watch. The ending felt a bit abrupt, but not inappropriately so. There are only two episodes, both about an hour and a half long.

It is difficult to compress a review of this, since it’s been running (on and off) for more than fifty years now. It started in 1963 but didn’t really find its feet until the 70s when Jon Pertwee and later Tom Baker portrayed the Doctor. If you like light-hearted, imaginative (but not too scientific) sci-fi fantasy TV shows with lots of monsters and a colourful protagonist travelling through time and space in a police box then you’ll probably enjoy at least one incarnation of this show. If you’re the sort of sci-fi fan who enjoys hard sci-fi, you might want to give this a miss. Incidentally, series 10 of its current incarnation started just yesterday.

My rating by era:

Many have undertaken to create a modern spin on Arthur Conan Doyle’s Sherlock Holmes. Most have made an absolute pig’s ear of it. BBC’s Sherlock is an exception to this rule. It is, understandably, quite liberal with the original story (mobile phones, blogging and other modern technological and cultural phenomenon play a fairly significant role in this series) but it thankfully avoided falling into some of the traps other adaptations have fallen into of making fundamental changes to who the characters and are (though they pushed their luck a bit with Irene Adler and Moriarty). Regardless, it’s thoroughly entertaining (though the last series got a bit silly I thought).

We’re just now nearing the end of series 2 of this adaptation of DC’s super-heroine, Kara Zor-El, cousin of Superman. I must like something about this show because I’ve watched it pretty religiously since it’s been on, though I find some of the acting a bit naff at points and frankly, I’m starting to wonder if there aren’t more aliens living on planet earth in this show than there are humans. Basically, everyone’s an alien or a cyborg. Oh and Jimmy Olson has decided to become a superhero too now… (?!). Socio-political themes are present and very thinly veiled, if that’s your bag. Also if you enjoy playing ‘spot the actors from previous Superman/Supergirl adaptations’, you’ll love this show too.

And that’s a wrap for today!