I must confess, the shorter than short short story, shot with a shrink-ray from Shortland is not my forte. In fact, I’ve only ever done it once before today for a competition which I did not win (a recurring motif, I hear you think). So this week I’ve challenged myself to write six six-word stories using Thinkamingo’s Story Dice as stimuli. The Story Dice is an app for Android OS which allows you to roll anything between one to ten dice with various pictures on each face. The idea is that you use these pictures to develop a story. Since I’m only writing six-word stories today, I decided to only use one die per story.

So here goes nothing… 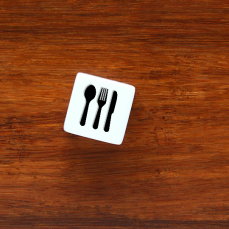 Now let’s see what I can come up with based on that starting from the top left and working my way down to the bottom right. All of the following are my own work:

Gosh, that was harder than I expected it would be! Maybe you should give it a bash yourself! Roll the dice and see what you come up with or just make up a six word story about anything and share in the comments below.

*I confess, I actually wrote this one a few years ago for the aforementioned competition. What can I say? It came to mind immediately when I saw stimulus number 4 and I struggled to think of anything better but what you gonna do?

View all posts by Ndrw