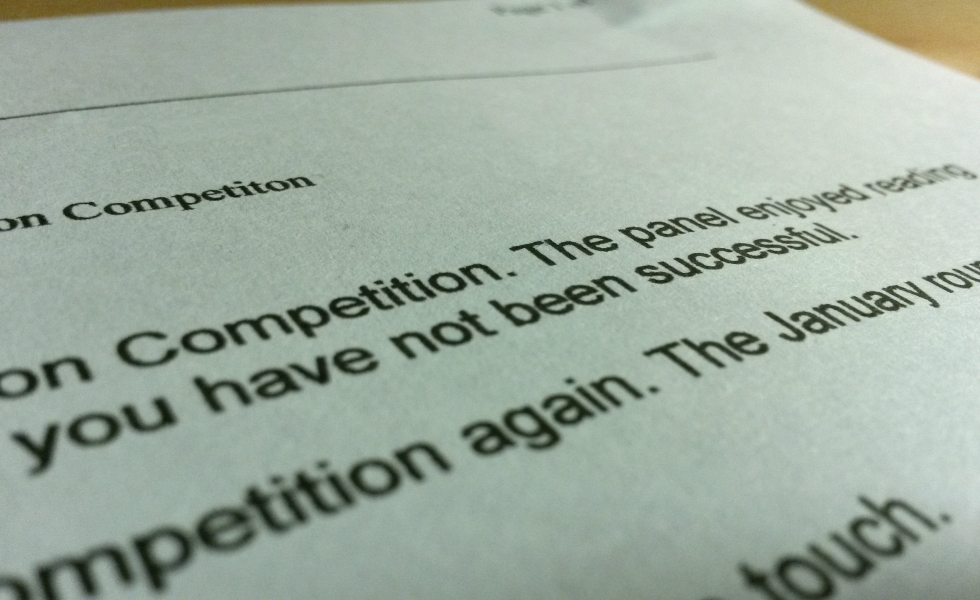 I hadn’t really intended to post another one of my own stories this year. I know you probably don’t come here just to read my rejected competition entries and to be honest, I always intended (and still do intend) for Penstricken to be a blog about fiction as an art-form, rather than a dumping ground for my odds and sods. The reason I have decided to post just one more of my own stories this year is because it’s nearly Christmas and this story does have a bit of a Christmas theme going on in it. However, rather than just giving you the story to read and expecting you to like it, I’m going use this story as an example of how writers can (and should) use their rejected stories to help them develop as writers, by analysing their own work to see how they might improve upon it.

So, without further ado, here is the story I submitted (originally without a title) for the Scottish Book Trust’s fifty word story competition (Dec 2015). Since it did not win, it was an ideal choice as a seasonal story for our study in self-improvement.

Cold Brass
By A. Ferguson

My trumpet’s mouthpiece was as cold as ice, almost painful to play. But the supermarket’s manager had offered us all free mince pies if we stood outside in the snow for an hour and played a few carols.

Now if only I could get this thing off my face…

This is a tale about a gluttonous musician who sees an easy opportunity for free mince pies (traditionally eaten in the UK during Christmas time), only to end up with his trumpet stuck to his mouth because of the cold. Anyone who has ever played the trumpet outdoors in winter (like me!) will tell you that the mouthpiece can be excruciatingly cold if the temperature is low enough (though I admit, I don’t know for sure if anyone has ever actually become stuck to their trumpet in this way or not).

The first thing I considered in coming up with this story was the competition instructions. The story had to include the phrase ‘cold as ice’ somewhere in the body of the text and with an upper limit of only fifty words, you can’t afford not to make those three words count. For me, this was the biggest stumbling block to constructing a story I was proud of. I allowed those rules to restrict my imagination, insofar as when I read the instructions, I immediately began trying to imagine physical objects which might be accurately described as being ‘as cold as ice’, with a view to constructing a story around them. Having read the winning entry to this competition (available from the Scottish Book Trust’s website), I noticed that the author of that story took a very different approach, incorporating the phrase ‘cold as ice’ into the dialogue of an altogether more original and imaginative story than the one I produced. The end result was a story with a profound theme running through it, which very likely stood out from what I imagine to have been a crowd of stories dealing with Christmas and winter in general.

In short, a better approach for me might have been to write a good story and make it fit the given instructions, rather than allow the instruction to stifle my imagination.

However, sticking with the plot I’ve got, I think there are still a few things that could be done to improve the basic flow of the narrative. For example, I feel like the second sentence starting where it does creates an uncomfortable pause and would perhaps have worked better if it were joined with the sentence that went before, like so…

My trumpet’s mouthpiece was as cold as ice, almost painful to play, but the supermarket’s manager had offered…

I’m not sure about the parenthesis (‘almost painful to play’). Rather than constructing a sentence which basically says, ‘The mouthpiece was cold and I didn’t like it’, it might do better to do something like this:

Most of us can probably imagine what it feels like to have ice pressing against our lips, even if we’ve never actually experienced it. Perhaps if you’re a writer, you’ll have heard the old axiom about showing, rather than telling. Well, that’s what this is. Now the simile is used to help the reader feel for themselves what it is like to blow a trumpet on a snowy day, rather than to give fairly bland technical descriptions of a cold mouthpiece and a nondescript sensation which is almost-but-not-quite pain. It also brings our word-count down a single word, allowing us to use that word somewhere else! Yay!

Removing superfluous words is always a worthwhile exercise, especially in flash fiction. If it’s not vital, chop it. So, to further improve this sentence, I chopped and swapped a few words and with a bit of shuffling was even able to add words which I feel made the narrative a little clearer:

The trumpet’s mouthpiece was as cold as ice on my lips but the supermarket’s manager had promised the band free mince pies if we stood out in the snow and played a few carols to the shoppers.

The main thing I have removed here is the fact that the band played for an hour. Who cares how long the band played for? That’s really not the point of this story. The point of this story is that a glutton did something that should have been nice and Christmassy for selfish motives and got his just desserts at the end of it. So I chopped that bit out and replaced it with more detail of what he was doing, rather than for how long. I also replaced the words ‘us all’ with ‘the band’, in order to make it clearer exactly who the narrator is talking about.

Incidentally, I’ve still got a word to spare after all this.

I hope this is giving you an idea of what a useful thing it is to analyse and try to improve upon your own work. It can be tempting not to bother doing any of this, especially for flash fiction which you only spent a few days working on and are not likely to ever look at again. But even if you don’t have any further plans for your rejected work, it is still worth doing something like this. Taking a little time to honestly and critically consider things you might have done to improve upon your ideas and your use of language will help you to develop your skills and prevent you from making the same mistakes in any future writing project you embark upon, whether you are an enthusiastic amateur or a well established multi-award winning author.

2 Comments on “Learning From Rejection”