5 Sci-Fi Tropes I Could Live Without 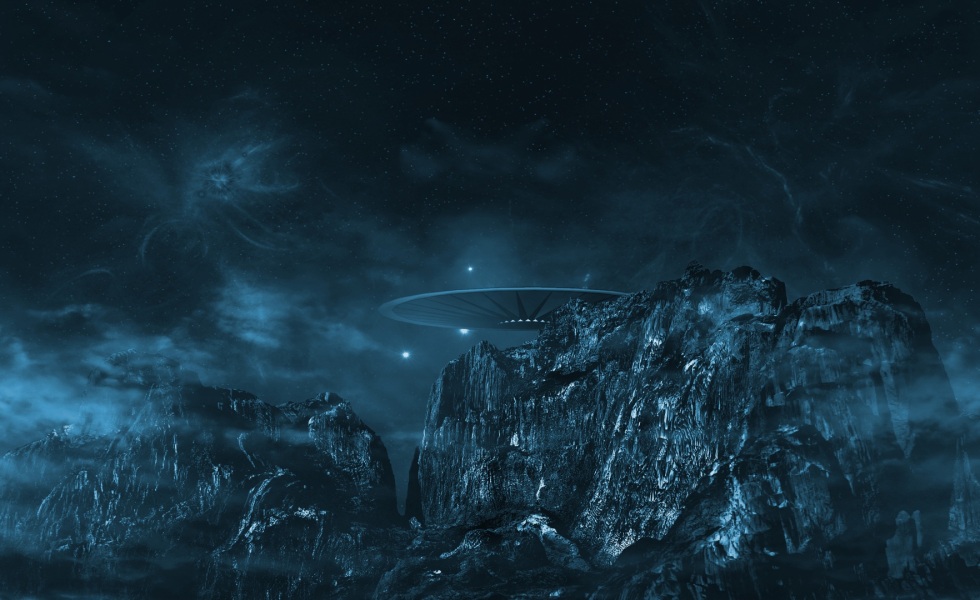 Among the many styles and genres of fiction which I enjoy, I must unashamedly confess to a particular fondness for popular sci-fi and fantasy. Yes I know it’s all just unrealistic escapism into a nonsense world of space adventures, suspiciously human shaped aliens and humanity being conquered by the very robots we built to help us but still… it’s fun. And you know… fun’s allowed, even if you like serious literature.

All the same… there have to be limits. But for some reason, sci-fi is just chock full of certain clichéd tropes, some of which are so very ridiculous that it frankly beggars belief that they ever became clichés. The others are just plain done to death. What follows are some of my (least) favourites.

You’ve got to write a space opera and are struggling to come up with an exciting opening scene to draw the audience in from the very beginning. Solution: an exciting space battle! Ships firing at one another, hand to hand combat between aliens and humans, lasers, explosions–

Then an admiral calmly walks onto the scene and ends the simulation. It was all just a holographic training exercise!

This kind of scene, made famous by the Kobayashi Maru scene in Star Trek II: The Wrath of Khan (and then repeated time and time again in one form or another), gives the audience a burst of excitement that has very little bearing on the story which is to follow. The best it can do is foreshadow some internal conflict the protagonist may face later on in the story.

Please… it’s been done too often. Put some effort in and come up with a proper hook for your story.

Is That You Clive?

You’re alone on an abandoned space station or a spooky castle. Or maybe you’re just home alone, meticulously colouring in your colouring-in book on a dark and stormy night. Suddenly you hear something… something rattling, hissing, banging… perhaps even a sinister inhuman voice whispering your name.

You spin around wildly.

‘Is that you Clive?’

No. No, it’s not Clive. It’s never Clive. And really, ask yourself, is this the sort of thing Clive normally does? If it is… you need to dump Clive and get yourself some nicer friends. Just saying.

Just once I’d like to read or watch something where the victim doesn’t automatically assume that the scary noise is their friend pulling a cruel prank on them. Or better still, just once, I’d like it to really be Clive pulling a cruel trick. At least I’d be surprised.

Hey Clive, Are Those New Horns?

Something terrible has happened to Clive. He’s being controlled by an alien or replaced with a robot duplicate. His behaviour is erratic. His speech has become strange. His eyes have turned luminous green and he has grown horns.

And no one really notices until it’s too late.

My personal favourite example of this occurs in the Doctor Who episode, Rose. Rose returns to her boyfriend’s car to find he is now made entirely of plastic and is talking funny. And what does she do?

Goes out for dinner with him. She suspects nothing until the Doctor fires a corkscrew straight through his skull without injuring him. And she’s supposed to be his girlfriend.

We, The People of Earth…

So it finally happened. Aliens have made contact with humanity. They may have come in peace or they may have come laser guns blazing, but one way or another, it’s first contact day for the people of Earth.

You know Earth, don’t you? Seven-point-four billion different versions of the truth, spread across one hundred and ninety five independent sovereign states (to say nothing of those who want to break away and start their own nation or conquer others) all gathered together on one planet, unable to agree on even the most trifling of matters?

A whole host of different political ideologies, systems of government, international treaties and religious beliefs, and yet when the aliens finally come, humanity all rallies around a single leader, or at the very least, sets aside all their differences. Usually it’s the President of the USA, except in Doctor Who where it can be just about anyone except the President. In any event, I have a sneaking suspicion that if aliens did make themselves known to us today, humanity would not respond with a single unified voice, or even two or three differing voices. Call me cynical but I think it would probably be chaos.

Ask yourself this. If aliens landed on Earth today:

You get the idea.

I don’t really have a problem with functioning magical artefacts if you’re writing a fantasy, set in a world of magic and myth, rather than a sci-fi set in space and/or the future. At its core, sci-fi (even silly popular sci-fi) tends to speculate on the advancement of technology and science, rather than the possibility that magic might actually work. If we are assuming that magic is not real, as sci-fi tends to do, we have to ask some serious questions about why it would work on an alien planet.

‘Ah, but, you see, it’s not really magic!’ I hear you cry. ‘It’s just technology that seems like magic!‘

But if it’s just technology… why dress it up like magic? Star Trek is very guilty of this. Whether it’s the legend of the Tox Uthat (a quantum phase inhibitor which appeared in TNG: Captain’s Holiday), or Vulcan mythology concerning the psionic resonator (TNG: Gambit), there just seems to be no end of magical artefacts in space which are actually just very clever technology. Technology made of stone. Stone technology that does magic. Heck, some even involve meditating and muttering incantations.