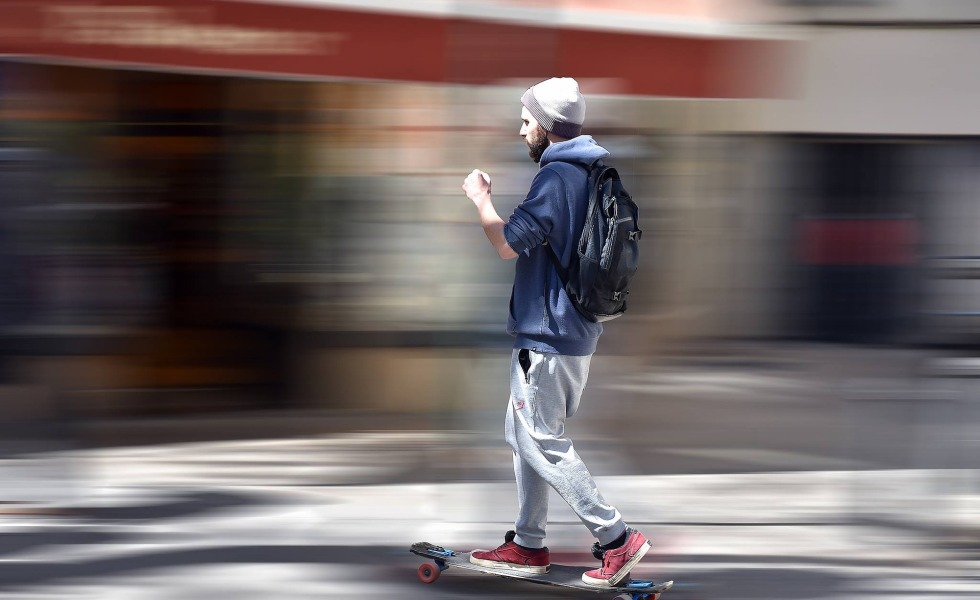 While every effort has been made to avoid spoilers in this post, anyone who has not read: Uncommon Type: Some Stories by Tom Hanks, The Seven by Peter Newman, Goldfinger by Ian Fleming, A Touch of Frost by R.D. Wingfield, Ben-Hur: A Tale of the Christ by Lew Wallace or The Green Mile by Stephen King is hereby advised that this point may contain a few unavoidable spoilers.

You know the rules by now! After all, we’ve already had super snappy speed reviews for books [2], TV shows, films, computer games and even the Star Trek movies. And so today we’re back for a third dose of super snappy book reviews. As before, the books I have reviewed here have been selected entirely at random from my ever-growing book collection and do not necessarily have anything in common apart from the fact that they are all books. They are not necessarily books that I particularly liked or disliked, nor are they sorted into any particular order.

As always, these reviews only reflect my own personal opinions and impressions, sliced, diced and minced into a few short sentences. So without further ado…

Yes, that Tom Hanks. His debut collection of short stories was decidedly okay. He almost lost me in the first story Three Exhausting Weeks when he used emojis, and the overall flow of the narrative was a little clumsy at points throughout the collection (too many unnecessary profanities for my taste) but there was enough high quality material in there to keep me reading until the end. For me, his writing demonstrated a wonderful creativity but was just slightly deficient in the subtle use of language which can turn an excellent story into a beautiful work of art.

I expected worse but I hoped for better.

The Seven by Peter Newman

I swore I would never review this book; not because I don’t like it, but because there is just so much Peter Newman love on this website [2] [3] [4] [5] and on my Twitter account [2] [3] [4] [5] [6], I was getting scared he might think I was some kind of weirdo stalker and call the police on me. But what can I say? These books were chosen at random and this is what came up so, here we go. A nice, measured, critical review of The Seven:

I LOVE THE SEVEN. It is an excellent conclusion to an excellent series filled with sharp characters, a vividly imagined dystopian setting, nicely seasoned with just the right amount of comedy relief. I don’t know if I love it quite as much as the first book but I still love its socks off.

The original novels upon which the James Bond movies are based tend to be quite hit or miss. Some of them are unputdownable thrill rides which have you on the edge of your seat from cover to cover. Unfortunately, Goldfinger features waaaaaay too much golf for my liking.

I’m not knocking golf. But this is a spy-thriller for goodness’ sake and my main memory of it is Bond playing golf with Goldfinger. Fleming devoted not one, but several chapters to describing this single round of golf in considerable detail. I won’t lie to you, I started skipping whole paragraphs after a while. It’s not often I say this, but just watch the film instead.

A Touch of Frost by R.D. Wingfield

I loved the useless, bumbling and irreverant Frost character and, to a lesser extent, the Mullett character and the interplay between them. The overall plot was good and reasonably well paced.

I did not love the poorly handled third person omniscient narrative which told us almost everything every character was thinking. Nor did I love the crude and at times downright sleazy humour Wingfield invoked. The female characters are all presented as cheap sex objects and the males without exception are chauvinists at best, often making crude jokes about rape and other sensitive topics.

Ben-Hur: A Tale of the Christ by Lew Wallace

If only all Christian fiction was as excellent as Ben-Hur; for Christian fiction it is, though it is so far removed from the modern genre that it is barely recognisable as such. This novel’s got it all: conspiracy, revenge, romance, adventure and even chariot racing. Themes of family, friendship, gender, slavery and life-after-death are all explored in a way that leaves the reader thinking long after the book has been finished. The characters are excellent, especially the protagonist (Judah Ben-Hur) and his childhood friend turned arch-nemesis, Messalla. I should warn you that there is quite a lot of theo-philosophical discourse between various characters. Fortunately, I like theo-philosophical discourse and it is executed in such a way that it does not seriously harm the pacing of the story.

The Green Mile by Stephen King

When I reviewed the film adaptation of this novel, I gave it a glorious 5 stars +∞; a rating I give only to those stories which (in my opinion) set the standards for their particular genre. But a good film adaptation will never be born of a bad novel and the same is true here. The Green Mile is an excellent novel; by far my favourite by Stephen King. It might be something to do with the fact I’m not a particular lover of horror but I don’t think so. This novel has vibrant characters, detailed settings and a beautiful first person narrative in which the protagonist describes events that happened in his past as well as events that are happening to him now, as he writes the story decades later.

ARE YOU AN AUTHOR?

I’m looking for authors (especially, but not limited to, new and/or indie authors) whose work I can feature here on Penstricken over the coming year. It will simply take the form of a quick Q&A about yourself and your work via private message or e-mail and, of course, a link to where we can all get a copy of your work.

I’m open to interviewing authors of almost any kind of story, provided your work is complete, original and of course, fictional. I will not consider individual short stories/micro-fictions, however I am happy to feature published anthologies or entire blog-sites of micro-fiction, provided you are the sole author.

If you’re interested, or want to know more, be to sure to drop us an e-mail or message us on Facebook/Twitter.