Fantasy Clichés and How to Avoid Them 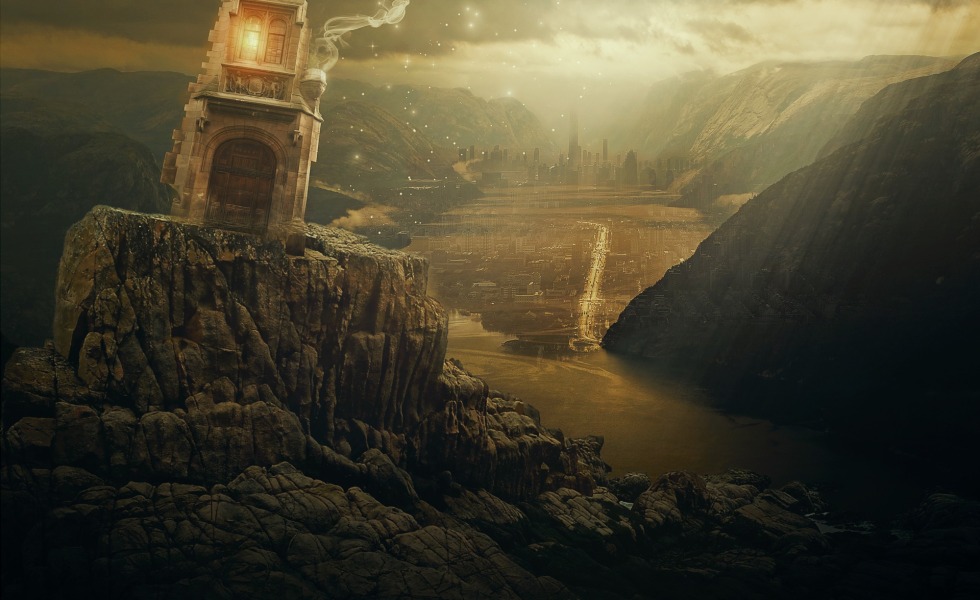 Well, it’s been a while since I’ve done a series of posts on any subject (in fact, I think the last one I did was the ever popular series on Non-Human Characters [2] [3] [4], way back in 2017) so I decided it was about time for another one: this time focusing on all your favourite genre clichés and how to avoid them.

So to get us started, I’m going to be looking at the fantasy genre. To be clear, when I refer to fantasy I am speaking broadly about any work of fiction set in a totally imaginary world or in which the fantastic world intrudes upon the primary or ‘real’ world. I realise that covers a lot of ground but you’ll just have to bear with me because I can’t possibly do a post for every genre and sub-genre in the world or we’ll be here forever.

One more thing: I’m not necessarily knocking any of these clichés or tropes. I like some of these too. I just want to invite my fellow authors to join me in thinking outside the box. So here goes nothing.

Yeah, I know, swords and castles and kings are all very exotic and they certainly seem to be happy bedfellows with magic and various elements borrowed from mythology (e.g.: dragons), but… c’mon guys. You’re creating a brand new world. It can be anything you want it to be. Stretch your imagination a bit.

If you’re stuck, pick a random period in history: 17th century AD, 3rd century BC, 5th century AD, or heck, even 21st century AD. Then pick a random country (one that existed at the time you’ve chosen, of course). Study that setting and try to base your fantasy world on that instead. Better yet, go out of your way to create a civilisation the likes of which our world has never known (that takes true imagination, the soul of fantasy). It’s difficult to explain how to do this without creating the fantasy world for you but a good place to begin would be by contriving what your world might be like in its natural, primal state, and basing the evolution of your imaginary societies upon it. For example, in Star Wars (that’s a fantasy, don’t let anyone tell you it’s not) the Force exists as a natural part of that universe. As a result, culture, politics and religion have developed in a certain way, resulting in Jedis and Sith and force-choking.

The Chosen One VS. The Dark Lord

Fantasy is guilty, perhaps more than any other genre, of giving us these two stock characters time and time again:

Aren’t you just sick of these guys? I know I am. Just once can we have a protagonist who hasn’t been foretold by any prophesy and isn’t endowed with unique supernatural strength, magical ability or righteousness fighting against an antagonist who has at least one redeeming quality?

While fantastic elements in your story will naturally require you to depart from reality when it comes to characterisation, remember this basic principle of writing: characters are people. The more they read like a real person, the better written they are, so try and create your major characters the same way you would for non-fantasy fiction. Your bad guy can still be a powerful wizard (or whatever), but why not make him a powerful wizard motivated by a seemingly laudable goal? And why not make your protagonist an ordinary person, just trying to do his bit for the greater good? Alternatively, he may have personal motivations; perhaps even morally dubious ones, such as a desire for revenge. Use your imagination and make your characters believable people.

This is something else that seems to crop up in medieval fantasies again and again: epic battles between the various good guys and the Dark Lord’s armies of darkness (often climaxing in the personal defeat of the Dark Lord himself at the hands of the Hero).

Now I like a good fight as much as the next guy, and maybe I’m alone in this (the fact so many fantasies include these suggests I am), but I really find these big old battles a drag to read about. They’re often incredibly predictable, usually taking place in the final third of the novel resulting in significant losses for the heroes (if the hero’s mentor hasn’t died by this point, he’d better stay indoors and hide under his bed during the Epic Battle, that’s all I’m saying) but at the last moment when all seems lost, good triumphs over evil, the end.

The trouble is, a lot of fantasy tends to focus less on the characters and more on the world itself. As a result, the conflict in the story tends to be a conflict between good and evil, or perhaps between an empire and a rebel faction or something, which naturally results in large battles.

In some ways, that’s understandable. After all, a lot of worldbuilding has gone into writing this story and the author probably doesn’t want it fading into the background, but ultimately, the meatiest stories are character driven stories. Try, therefore, to focus more on the goals, motives and personal conflicts of your individual characters, rather than the people groups you have created. There’s nothing wrong with including a bit of the ‘big picture’, especially in fantasy, but I think you’ll have a richer story to tell if you keep your focus fixed on your key characters.

← App Review: Writer Tools
Mystery Clichés and How to Avoid Them →