Mystery Clichés and How to Avoid Them 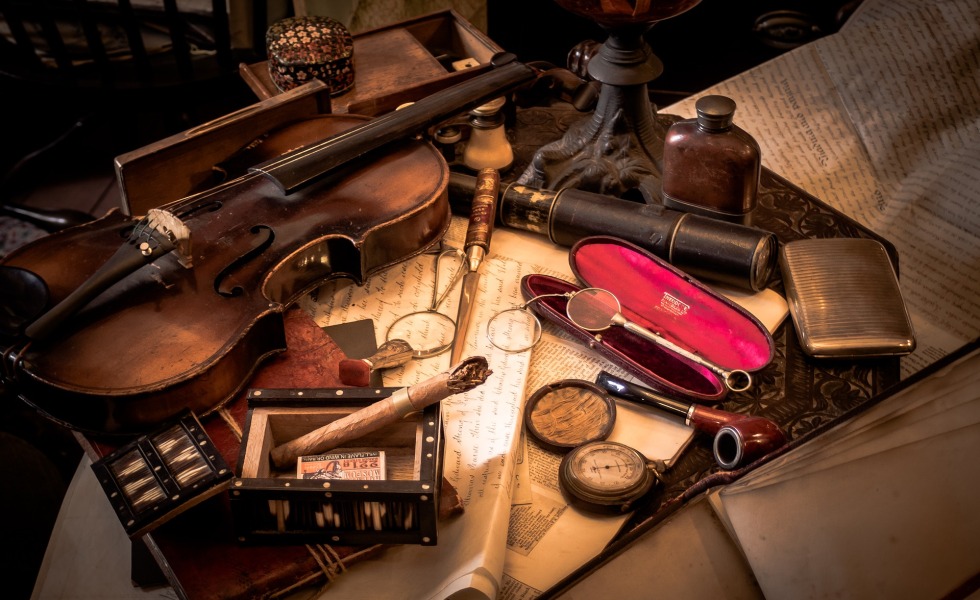 Well it’s part two in my series of genre clichés and how to avoid them, and this week we’re focusing on the broad spectrum of the murder/mystery genre.

I had no difficulty thinking up tired old clichés in this genre. In fact, the main problem I had putting this post together was deciding which tropes not to include, since I know you guys have got better things to do than to sit around listening to me rhyming off hundreds of thousands of mystery tropes I’m getting bored of reading about. So, I won’t waste any more of your time with the introductory spiel. Let’s just cut straight to the clichés!

The Butler, The Narrator and everybody dunnit

This was originally going to be three separate tropes, but as they’re all quite similar I’ve grouped them into one. As you know, every good mystery story involves finding out who committed the crime or ‘who dunnit?’, as they say. Naturally the author will want to try to preserve the mystery surrounding the true killer until the last moment so that the audiences’ minds will be suitably blown when the killer is finally revealed.

Unfortunately, there are a few ‘mind blowing’ revelations which have been used so often that they are no longer mind-blowing. These include (though are not necessarily limited to):

In all three cases, the easiest way to avoid this cliché is simply this: make somebody else the killer. I don’t care who, just as long as it’s somebody we don’t expect.

Butler’s Actually the Rightful Heir. That’s Why He Dunnit.

This one is usually a natural extension of ‘butler dunnit’. The butler, or some other seemingly innocuous character, is actually the rightful heir (or imagines himself the rightful heir) of some fancy title or a vast sum of money.

They’re not necessarily the killer themselves. It could be the butler’s well meaning but sorely misguided parent or lover who did the actual deed, either for personal gain or out of a misguided sense of loyalty. Either way the author has tried to come up with a good motive for the killer’s actions; one the audience will not immediately suspect but will believe when it is revealed. Unfortunately, the tried and tested ‘unknown heir to the victim’s millions’ motif was the best they could come up with.

If you’re writing a mystery, try and spend a bit more time focusing on the killer’s goals and motives. What does he get up for in the morning? What matters to him? And how does this drive him to do the unthinkable? There’s no denying it: doing this and still maintaining the mystery is a tough ask, but it’s worth the effort.

If you’re writing a story about a private or amateur detective investigating any serious crime, you’re already pushing the boundaries of the reader’s ability to suspend disbelief. After all, the real life police tend to be very protective of their evidence and crime scenes. If the local baker starts asking to poke around the crime scene because he fancies himself as a detective, he’ll probably just be asked to leave.

So if you then make that baker-detective stupid (or worse, dangerously insane) in the eyes of other characters, it’s going to be almost impossible to imagine that character being permitted access to the crime scene. And don’t think you can get away with it by making your protagonist a police detective. The police will not generally put an officer they believe to be stupid in charge of a murder investigation, even if he does get promoted because he foolishly got himself shot once (yes, I’m looking at you DI Jack Frost!). If you want to play the ‘protagonist playing stupid’ card, this should be reflected in how the other characters treat him. Why not have your protagonist being denied access to the vital evidence? Alternatively, your protagonist could investigate the crime despite police warnings, forcing the police to take a more aggressive stance against him. A night in the cells might even give your amateur sleuth just enough thinking time to finally crack the case.

Dr. Watson (Sherlock Holmes) or Captain Hastings (Poirot) are good examples of this. Despite the fact they’ve been the closest friend and most trusted assistant of your protagonist for years, they continue to be baffled by the protagonist’s genius. Not only that, but they will consistently challenge the protagonist’s deductions, as if they, too, believe the protagonist to be an idiot.

He’s a genius. You know he’s a genius. No need to act amazed the zillionth time he solves the case or shake your head and say ‘Oh dear, I think old Poirot’s getting senile in his old age!’.

The sidekick can be so much more than a cheap foil who makes your protagonist look clever. Why not give him goals and motives of his own? Why not even give him a brilliance of his own, something that the protagonist perhaps lacks? Remember, no character exists just for the benefit of another. Make us care about your Watson for his own sake.