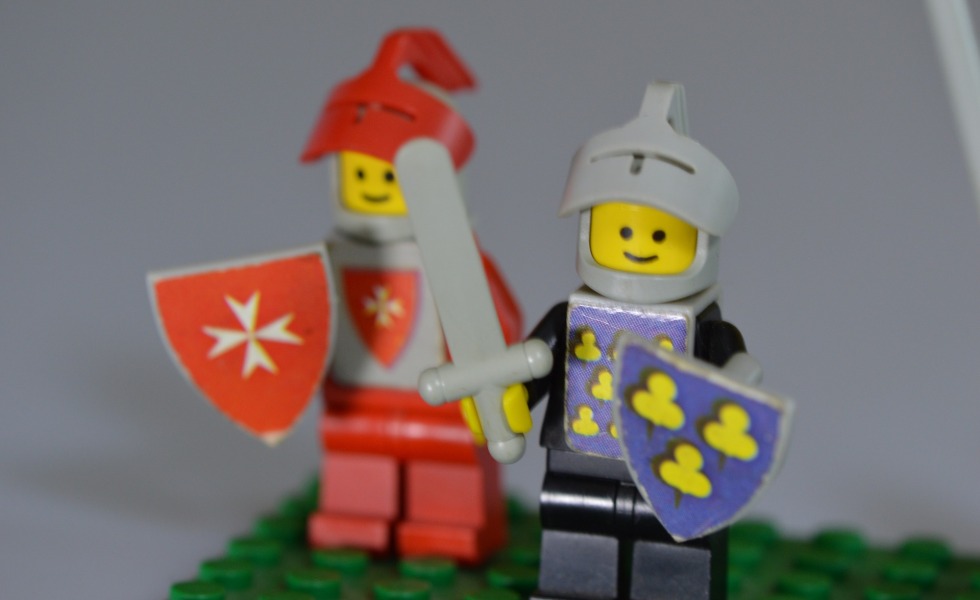 Since we talked about creating the perfect bad guy last week, I thought it seemed only meet that we should have a think about the character who (some might say) is the most important in any story: the protagonist.

Traditionally, the protagonist is the ‘hero’ and the ‘good guy’. Indiana Jones, Miss Marple, Romeo, Luke Skywalker, Sherlock Holmes, Matilda, Harry Potter, Jane Eyre, Frodo Baggins, The Doctor and James Bond are just some examples of famous protagonists who defeat the bad guy, save the day, get the girl (or boy!) and generally overcome whatever obstacles the author feels like putting between them and their ultimate goal. Some stories, like A Song of Ice and Fire, follow the adventures of multiple protagonists at once. In many respects, this is slightly truer to life than the tradition of having only one protagonist, since there are no true protagonists in life (though we might all feel like we ourselves are the protagonist!) but it also makes for a far more complicated story. There’s nothing wrong with that, but it’s something to bear in mind if you want to go down the route of interweaving the lives of multiple protagonists!

Whether you want to create one protagonist or one million, one of the first things you would be wise to do is to shelf any notions you might have about the protagonist being the ‘good guy’. Unless you’re writing a morality play, all of your characters ought to be a little bit flawed – including your hero. In fact, it’s all the more important that your protagonist is a little flawed (even in a morality play), because your reader absolutely must be able to sympathise with them so that they can come to care about what happens to them. For example, John Bunyan’s The Pilgrim’s Progress has a lot in common with a morality play in that it’s a highly allegorical work of religious fiction following the journey of a man called Christian making his way from the City of Destruction (this world) to Celestial City (heaven). One might expect the hero of such a work to be insufferably righteous but he is not. He is constantly waylaid, tricked and misled by various obstacles and antagonists such as the Slough of Despond, Mr Worldly Wiseman and the Giant of Despair who imprisons him in Doubting Castle. The reason Christian works as a character is because, despite his good intentions, he represents human frailty and fallibility. Bunyan’s intended audience can relate to this character. Therefore, they care about what happens to him because if he can achieve his goal despite his flaws, there is hope that the reader will also achieve their own goals in life. This goes for all stories, regardless of whether or not they have a religious or ethical theme moral like in The Pilgrim’s Progress.

Like your antagonist, your protagonist needs a goal; something he is trying to achieve. There is no point in creating a protagonist the reader can relate to if that character doesn’t have some goal that both he and the reader badly want him to achieve.  More than any other character, the protagonist’s goal will be the beating heart of your story. If Frodo had just went out for wander instead of specifically trying to get to Mordor to destroy the ring, there would have been no story. Even silly stories, such as Mr Bean’s Holiday are absolutely defined by the protagonist’s single-minded and relentless urge to make it to the beach. Without a goal and a few obstacles which stand in between your protagonist and the goal, there is not much of a story, no matter how interesting and lifelike your protagonist is. If Sherlock Holmes had just pottered about using his gift to impress the other characters by telling them what they all had for their breakfast a week ago, he would not have become one of the most iconic characters in the history of mystery fiction. Sherlock Holmes needs a mystery to solve or the reader will lose interest in him (in fact, many of the Sherlock Holmes stories open with Holmes despairing of how boring his life becomes when he is between mysteries). Even if you take the interesting step of making your protagonist the bad guy (always good fun), he still needs a goal, though you might want to think twice before allowing him to fully achieve it. It’s probably better that he either dies in the attempt or else learns the error of his ways and repents, but that’s just my opinion.

Intricately tied into the protagonist’s goals are his obstacles. What’s stopping him achieving his goal? Perhaps another character in particular opposes his goals (that’s your antagonist, by the way) and is actively trying to hinder him. For example, in The Count of Monte Christo, the protagonist hopes to marry a particular woman and is opposed by a rival for her affections. This forms the basis for the whole plot. In Star Trek: Voyager, the protagonists are trying to make the impossibly long 70,000 light-year journey back to Earth. No one antagonist directly opposes this goal, but the sheer distance they have to travel makes it seem impossible for them to get home. Your protagonist’s obstacles might even take the form of internal conflicts, such as disease, self-doubt or cowardice. Indeed, you would be quite wise to include a few internal conflicts to give your protagonist a bit of believability. A protagonist who is brave, selfless, confident and strong can quickly become two-dimensional, no matter what his goals are and who opposes him.

I’ve got be honest, I find protagonists some of the most difficult characters to create. I also tend to find them less compelling than the antagonist in a lot of stories. Let’s be honest: Darth Vader is cooler than Luke Skywalker. There’s something really fun about booing and hissing at the bad guy, but no one wants him to win. It’s the protagonist we always hope and expect will win, because he or she is the one we have been following the most closely and have come to care about. Therefore, the perfect protagonist will be imperfect so we can relate to him, with good intentions that we hope he will eventually realise and a few demons to overcome. Who cares that Darth Vader is cooler than Luke Skywalker? We never truly relate to Vader or believe in his goals. We do relate to Skywalker and his goals in a way which means we will always be rooting for the good guy to win.

← The Perfect Antagonist
Ink and Pixel: A Sibling Rivalry →

1 Comments on “The (Im)Perfect Protagonist”