Being a ‘Real’ Writer 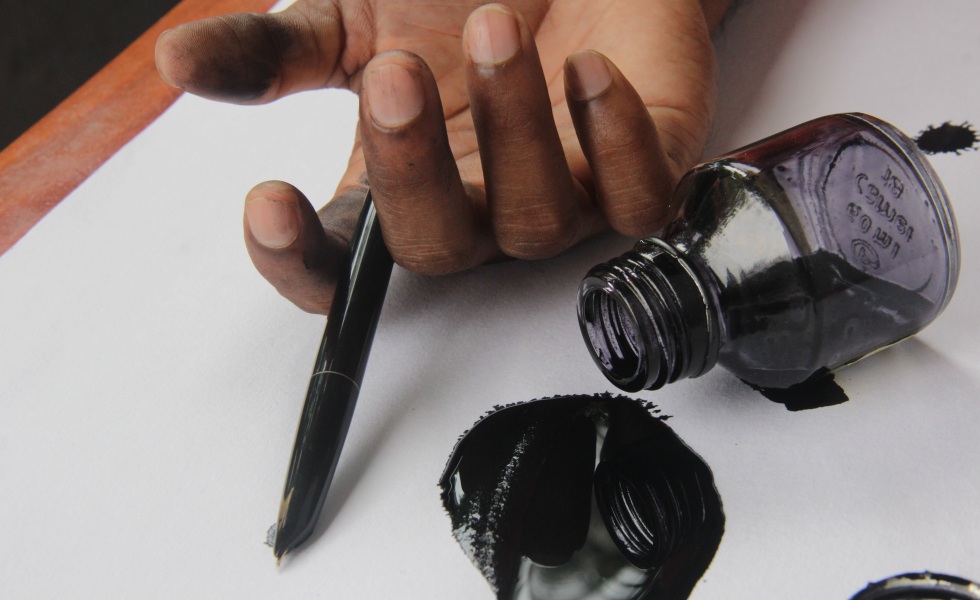 There seems to be a notion in a lot of folks’ minds that while lots of people may wish to be authors, and may even actually sit down and try to thrash out an original work of fiction, not all of these are real writers. If you look around the internet or other public forums where writers gather, you’ll see what I mean. People will say things like ‘if you don’t write something every day, you’re not a real writer,’ or ‘real writers read at least twenty books a year– oh and newspapers as well!’

These are just examples but you get the idea. Many try to be writers, but only those who do this-this-and-that are real writers. But wait just a minute. What does it even mean to be a ‘real writer’?

Oxford Dictionaries has a rather lengthy definition of ‘real’ you can view here, but let me draw your attention to the important bits:

2. (of a thing) not imitation or artificial; genuine.
…

I would suggest that when people talk about being a ‘real’ writer, they are referring to something akin to this: ‘[attributive] Rightly so called; proper’. So, a ‘real writer’ is someone who displays certain key attributes we might expect a writer to possess, and is therefore justly called a writer. In other words, ‘real writers’ are people who do a certain thing, behave a certain way, drink a certain brand of coffee or write in a particular genre (or who spit out the word ‘genre’ are if it were an insult); something which separates them from other unreal/pretend/bogus/inferior/impostor writers.

Well I think you can see where I’m going with this. I’m here to set the record straight. And I’m going to do it with a parable.

The Parable of the Real and Pretend Writers

In a certain town there lived an Aspiring Author. This Aspiring Author religiously attended the local coffee shop every day with his laptop. He would arrive early in the morning and drink their most expensive coffee and diligently study blogs about how to be a writer (he was a particular fan of Penstricken.com). His mug said ‘WRITER AT WORK’, and his table was always littered with notepads (with snazzy writer slogans on the front) and pens. He had even scribbled out a few character profiles and he had a strong idea for a plot in his mind. He got to know the staff there and told them all about the novel he was writing and promised to give them all signed copies when it got published. He also had a Twitter page which he used to communicate with other Aspiring Authors, tell the world about the novel he was writing and to share inspirational quotes about writing.

This Aspiring Author also had a five year old daughter. She spent most of her time in her bedroom scribbling out stories in crayon (complete with illustrations) which she then sellotaped together into a book and sold to her long-suffering relatives. To date she has “published” seventeen such books and is now working on her eighteenth: The Day Mummy Took Me To The Zoo (We Saw Lions!).

So… the question is, who was the real writer: Aspiring Author or the daughter?

The answer is the one who displayed the attributes of a real writer. Specifically, the one who actually wrote stuff: the daughter!

‘But you don’t understand…’ I hear you lament. ‘I only manage to write five days a week!’

That doesn’t invalidate the fact you write. I agree that you should write as often as possible, and certainly if you intend to become a professional writer you might want to do it as close to daily as possible, but I’ve found that writing regularly is far more beneficial than writing constantly. In any event, how often you write does not define you as a writer, as long as you write often.

That proves nothing except that you prioritise your family above your writing (a perfectly right and healthy thing, if you ask me). Believe it or not, I’ve actually heard it suggested that ‘real writers’ put their writing before their families, but I for one profoundly disagree. In any event, how you prioritise your life does not define you as a writer. When my daughter was born, I took the day off my day-job as a clerical officer to attend her birth. When I returned to work, no one questioned whether or not I was a ‘real clerical officer’, just because I had other things that mattered more to me. In the same way, whether writing is your life, your day-job or just a hobby: real writers are people who write.

‘But you don’t understand…’ I hear you lament. ‘I only seem to be able to write YA space operas!’

So what? You still wrote it, didn’t you? If you write, you’re a writer. Don’t let snobs get you down. No genre is any more valid than any other so write what you’re going to write. People that like your writing will read it and people that don’t, won’t, but the same is also true of people who write so-called ‘serious literature’.

There seems to be a strange mysticism surrounding writers, as if being a writer is something otherworldly; an awesome gift bestowed upon only the Chosen Few. Worst of all, I fear it has perhaps gone to some of our heads; that we may be tempted to believe we really are somehow supernatural or unusually gifted. But we’re not. Writers are people who write. Excellent writers practice their craft, yes, but ultimately they’re still just people who write. If you are in any way committed to writing, then I hereby acknowledge and publicly confess (for better or worse) that you are a real writer.