Review: Doctor Who, ‘The Woman Who Fell to Earth’ 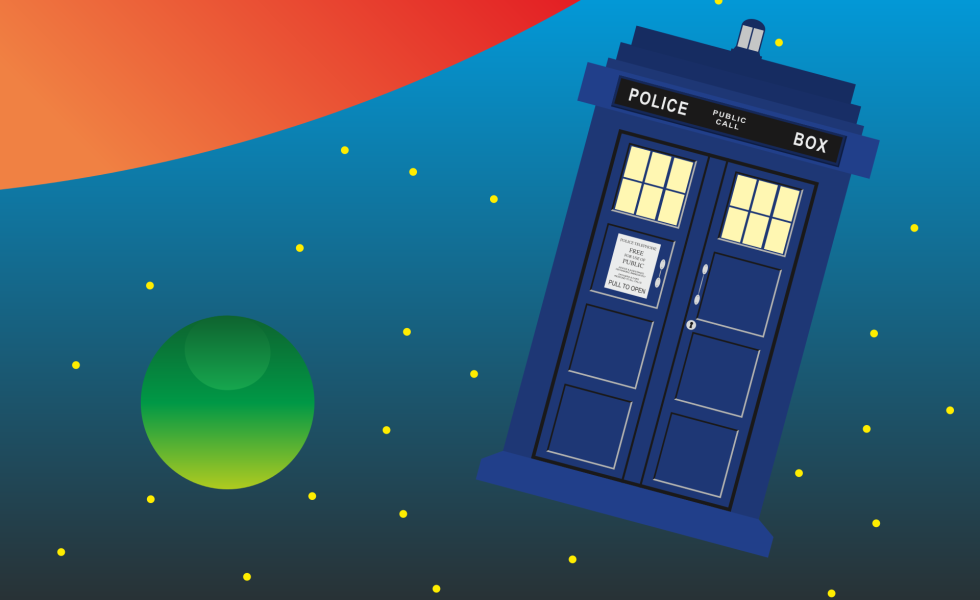 Anyone who has not seen the Doctor Who episode ‘The Woman Who Fell to Earth’ (reboot series 11, ep. 1), is hereby advised that this post may contain a few unavoidable spoilers.

I don’t normally like to post about the same thing two weeks in a row and I do realise I’m a little late for the party (it can’t be helped, I only post on Sunday afternoons) but I don’t care. Jodie Whittaker’s first outing as the titular character in Doctor Who is just begging to be reviewed; and so, here I am, to add my voice to the chorus of reviews that have flooded the internet since last Sunday night.

Let me begin by saying I love Doctor Who. I always have, from Hartnell to Whittaker, but the last few series have been increasingly disappointing from a writing point-of-view, so this new series, with its new cast, new production team, new time slot and of course, the all new first ever female Doctor is a bit of a make-or-break series for me, as I suspect it is for many of us. I want Doctor Who to endure but I don’t want it to die a slow and painful death. Fortunately, if the first episode was anything to go by, all this newness will be just the shot in the arm the shows needs to endure for another fifty years.

Let’s get the negatives out the way first. My only major criticism of this episode was the pacing. It felt rushed at points, constantly jumping from scene to scene at a disorienting pace before suddenly hitting the brakes in the last fifteen minutes or so for a really slow bit where we have a funeral scene and Ryan does his heartfelt Youtube thing. This made for an ending which felt a little drawn out, almost as if the story was over and the writers were just filling in time with a load of talk. Don’t misunderstand me though, these were good scenes and quite necessary to create a solid foundation upon which to build the series’ main characters. I just felt like the episode as a whole was paced in a very yin-yang fashion, with all the excitement and running happening at once in the first half and all the talking and reflecting being crammed into the second half. In an ideal world, fast and slow scenes should be blended together to create something that feels a bit more natural.

Now let’s talk characters. After Capaldi (whom I loved, just to be clear), the Thirteenth Doctor is a breath of fresh air. She’s got a likable, everywoman quality to her, despite retaining the genius for which the Doctor is known. I expect her to just ask me to pop the kettle on and we can all sit down and have a nice cuppa and a chat about how we’re going to save the world. And yet this in no way diminishes her role as a woman of decisive action nor does it water down the intellectual brilliance tempered by eccentricity that we’ve come to associate with the character. She balances all these qualities in a way which seems perfectly natural and instantly likeable.

As for the three companions, I feel like they all have lots of potential still to be realised. I’ll cut them some slack since it was only their first episode. I especially hope we see further development in Graham and Ryan’s relationship, since it was vaguely implied that Ryan struggles to accept him as his step-grandfather and that Graham perhaps harbours a little impatience towards Ryan on account of his dyspraxia– but this was lost in the dizzily fast paced adventure. Yasmin was somewhat less inspiring. Don’t get me wrong, she was likeable enough (give me Yasmin over Clara ‘I’m-So-Special’ Oswald any day of the week) but there was nothing much to her besides. The story would’ve probably worked just fine without her.

The bad guy (Tim Shaw! I just loved that…) kind of reminded me of the Klingons from Star Trek: Discovery, but with one major difference: I don’t like the Klingons from Star Trek: Discovery. I do like Tim Shaw. He’s everything a Doctor Who villain should be: scary, but not so scary you can’t poke fun at him; physically imposing but no match for the Doctor’s easy wit and razor sharp intelligence.

Now, as I’ve already pointed out, there’s a lot of stuff that’s new about this series; nowhere more so than in the decision to cast a female Doctor. Now I personally loved Whittaker’s Doctor, but more than that, I loved the careful approach this episode takes in presenting this all new Doctor to us. They don’t just have her popping out her TARDIS saying ‘I’m the Doctor!’ and expect us to accept her; no, they were very careful to make us believe in Jodie Whittaker’s Doctor through sheer characterisation, rather than familiar gimmicks. It’s difficult to put into words exactly how this was accomplished because it was done with such skill and subtlety. All I can say is that this episode shows us that Jodie Whittaker is the Doctor by what she does and by the sort of person she is, only using the name of the Doctor towards the very end by which point we already know and believe that that is who she is (heck, we’ve still not seen the TARDIS. Maybe tonight).

One more thing. I’ve said that there is a lot of stuff that’s new in this series, but there’s also quite a lot of it which feels very old. I mean, how about that theme music and those visuals during the closing credits? That took me right back to the Hartnell/Troughton/Pertwee era, as did the whole ‘Doctor-Without-a-TARDIS’ motif and the fact the Doctor has a group of companions, rather than an individual, invariably pretty young girl. That’s good. I’m all over that like a rash.

All in all, a really strong beginning to the new series. The last few series of Doctor Who have been disappointing and with so many changes in terms of cast, production crew and scheduling, this series was always going to be a gamble, regardless of the gender of the Doctor. But they’ve pulled it off. Bravo. I loved it.