Sci-Fi Clichés and How to Avoid Them 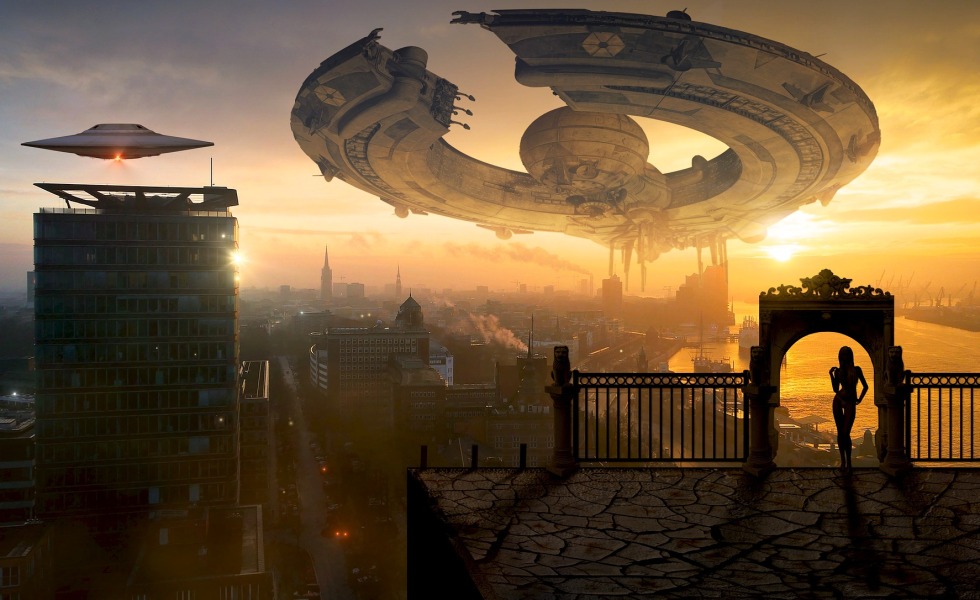 No extended examination of genre clichés would be complete without a post dedicated to the genre of science fiction; and so, despite having done a post very much like this once before, this week’s edition of Genre Clichés and How to Avoid Them will be focusing on sci-fi. For the benefit of those of you who read last year’s post on sci-fi tropes, I will try not to repeat myself too much. For those of you who haven’t read the previous post, get over there and read it for even more sci-fi cliché goodness.

But first, and without further ado, I give you today’s top three sci-fi clichés:

Our Own Invention Has Turned Against Us

It’s usually either robots or self-aware WMDs (or possibly robots hacking our WMDs), but even if it’s automatic cheese-graters, the cliché of humanity fighting a hopeless battle for survival against the machines they’ve created has been done to death.

Is this really the only possible outcome of a world with advanced technology? That it will develop self-awareness, decide humanity is inferior (usually because of emotions) and therefore attempt to kill us all?

If you want to go down the ‘living technology’ route, that’s great. I encourage you to do so, but I also encourage you to use your imagination. For instance, what would happen if robots did not consider us inferior? What if they aspired to be like us? Perhaps you could even have your robots/WMDs/cheese-graters worshipping humanity as their creator, perhaps even forming multiple robot religions and all the possible outcomes that would entail? Alternatively, could our robotic slaves simply be seeking their freedom, some through violence and some through passive resistance? I don’t know, all I’m saying is use your imagination and try to come up with something different besides the bog standard man VS. machine scenario.

(Though if you want to write a story about humanity’s war against cheese-graters, I might just read that).

It’s the future, so it’s hell. Usually the author has a bee in their bonnet about some politically controversial issue (usually nuclear weapons but it can be anything you like from Brexit to birth control) and so has contrived a hellish future to prove their point.

There’s nothing wrong with that. In fact, I’m all for you making points with your story. All I’m saying is that there are so many possible futures besides dystopias. Star Trek, of course, tried to counter this by giving us an even more unbelievable utopia (if you can call a galactic federation where the military seem to have a finger in every pie a utopia) but you don’t need to go that extreme. In fact, I would recommend against it unless you really want to write a cheap Star Trek knock-off. Why not try to create a view of the future which is more balanced? It can and should still have its problems (even really big problems) but it needn’t be wall-to-wall famine, pestilence and sword crumbling beneath the iron boot of a cruel oppressor.

Whether it’s a surgical implant in the brain, a telepathic field produced by your time traveling phone box or a mysterious fluke by which language has evolved exactly the same way on every planet (despite the fact there are currently no less than 6,500 languages being spoken worldwide according to infoplease), most audiences will be only too happy to suspend their disbelief enough in a little further in exchange for being able to understand everything that’s being said.